Home » Blog » WHY MAIL-IN VOTING IS BANNED IN OTHER COUNTRIES

WHY MAIL-IN VOTING IS BANNED IN OTHER COUNTRIES 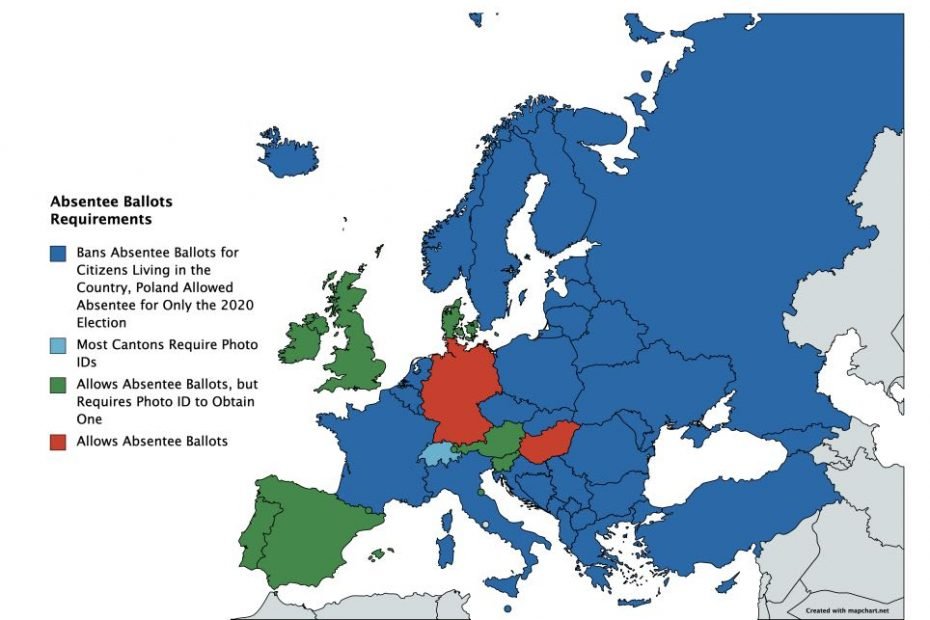 Boulder County was one of the pioneers of Mail-in voting, and people love it, not only for its convenience but also because it lets you know exactly what’s on the ballot weeks before election day.

As much a people love it, there are concerns about mail-in voting. Jimmy Carter’s Commission on Federal Election Reform advised against using them, due to the potential for fraud. Most European Countries outlaw them.

To learn more, check out the following article:

Why Do Most Countries Ban Mail-In Ballots? They Have Seen Massive Vote Fraud Problems, 9 Aug 2020, by John R. Lott

“Vote fraud is a greater danger for universal mail-in ballots for several reasons: requiring people ask for absentee ballots ensures that people who are dead or have moved out of state don’t automatically receive them. Also, absentee ballots are more likely to be sent to the voter’s correct current address.”