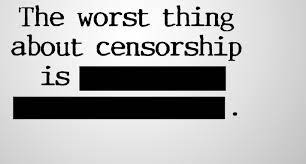 “Let her [Truth] and Falsehood grapple;
who ever knew Truth put to the worse in a free and open encounter? ”
~ John Milton, Areopagitica

According to this advisory:

“The primary terrorism-related threat to the United States continues to stem from lone offenders or small cells of individuals who are motivated by a range of foreign and/or domestic grievances often cultivated through the consumption of certain online content. The convergence of violent extremist ideologies, false or misleading narratives, and conspiracy theories have and will continue to contribute to a heightened threat of violence in the United States.”

According to this bulletin, the current heightened threat is due to “The proliferation of false or misleading narratives, which sow discord or undermine public trust in U.S. government institutions.”

The top examples of these so-called “false or misleading narratives” include “unsubstantiated widespread election fraud and COVID-19. Grievances associated with these themes inspired violent extremist attacks during 2021.”

According to the US  Cybersecurity and Infrastructure Security Agency (CISA), MDM is defined as follows:

The Best way to overcome MDM

How do you know the truth when misinformation, disinformation, and malinformation (MDM) can lead you astray? How can you determine what is true and what is false?

Followers of John Milton believe that the best way to learn the truth is to allow all ideas, and truth will prevail. This ideal is so central to our country, that it is the First of our Rights.

But the US Department of Homeland Security now has a new way to determine what is MDM. According to their new edict, any information that is critical of US institutions is labeled MDM. Those pushing MDM are terrorists and must be censored.

Free people must speak up to overturn this dangerous DHS advisory.

Without free speech, there is no freedom.

Alex Berenson – “I am starting to think I need to file a First Amendment lawsuit over that insane bulletin from the Department of Homeland Security on Feb. 7.”

Featured News – Nothing less than a threat against free speech.