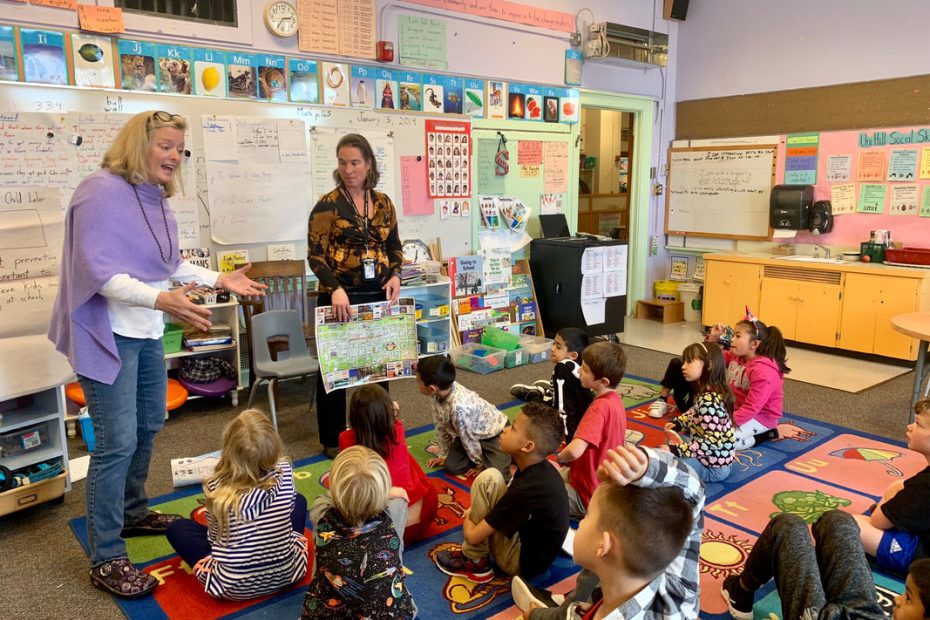 Boulder Valley School District has among the best schools in the state, the country and the world. Student testing achievements typically average 10/10, putting Boulder schools in the top 5% of public schools in Colorado. Like other Coloradans, Boulder students have one of highest levels of student participation in the country.

The Boulder Valley School District consists of seven districts labelled A-G. Terms are four years. Term limits are two terms or 8 years. Shown below is the end of their current terms and general area of their district.

Note: Board Members have their preferred pronouns listed the BVSD website.

Meetings are the 2nd and 4th Tuesday of the month except July (not scheduled), March and December (2nd meeting is usually cancelled). Meetings begin with public comment. The meetings are broadcast on Comcast channel 22.

The revenues per student in Boulder Valley Schools is $14,728, which is higher than the average for Colorado schools, which average $10,202 per student.

Revised Budget is comprised of:

How schools are financed in BOULDER

Colorado’s school districts receive state and local funds based on a finance formula first established in 1988 and last revised through the Public School Finance Act of 1994. The total amount of funding that each school district receives through a formula is referred to as “total program,” which includes both the state share and local share. The formula starts with a base per pupil funding amount and then adjusts that amount for each district by considering cost of living and district size. In addition to per pupil funding, districts receive funding for at-risk, online and ASCENT5 students.

The school finance act requires that local revenues be used to fund public education before the state contributes any dollars. This means that the legislature first calculates the local share, derived from property taxes and specific ownership taxes, and then determines the amount the state will allocate to each school district. If the local share is short of what the district needs to fund its total program, then the state contributes the remaining amount. It is important to note that some districts collect and spend property taxes above and beyond those that get allocated toward the school finance act. These additional property taxes are known as voter-approved mill levy overrides..

Once all adjustments are made and district funding levels are established as set forth in the school finance act, the budget stabilization factor is applied to reduce total funding proportionately across school districts. The budget stabilization factor allows the legislature to generate the savings needed to balance its budget while also complying with Amendment 23.

Amendment 23, passed in 2000, requires the base per pupil funding amount in the school finance formula to increase each year by at least the rate of inflation.

State Aid: Funding provided by the state under the school finance act. State aid is the difference between a district’s total funding and what is provided from local property and specific ownership taxes.